I was excited to have the opportunity to present two VR-related talks at the 2015 Grace Hopper Conference in Houston, Texas. With a personal goal of getting as many people interested in taking the plunge into the virtual and augmented reality industry, I was excited to share my initial thoughts and feelings on Inclusive VR Development and open up a great discussion Ethics & Morality in VR. 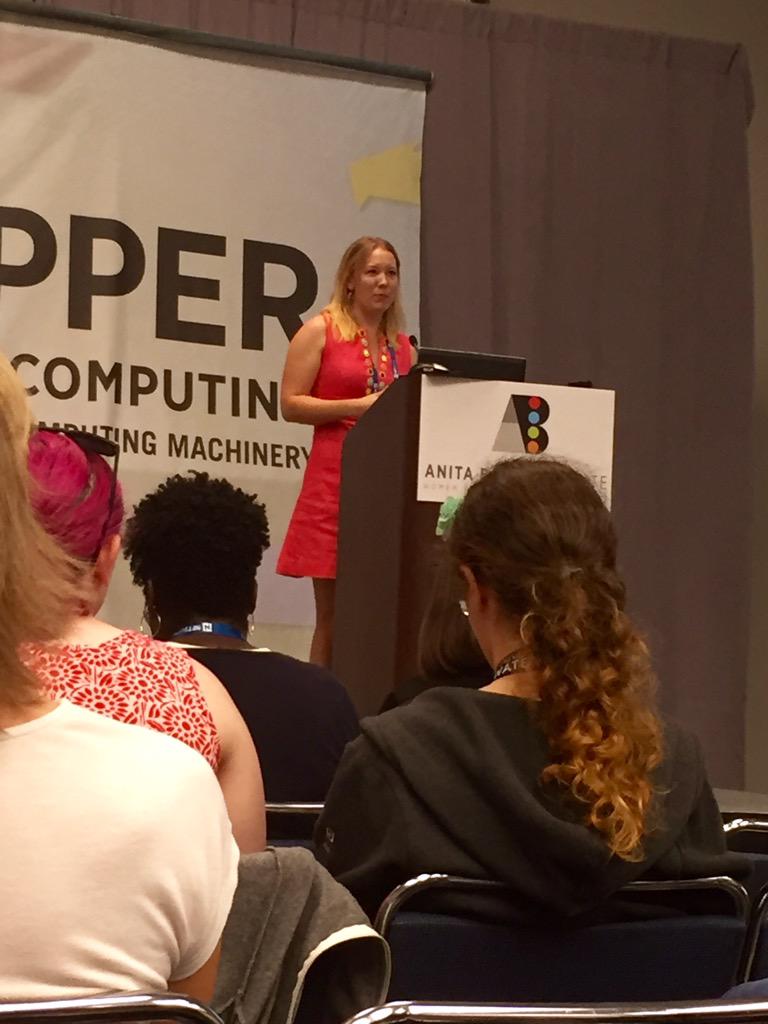 I often have fascinating conversations with other folks in the VR industry about various ethical considerations that may come into play with consumer adoption of virtual reality technologies, but I was interested to find out what the ideas and concerns were outside of the direct field of VR. Katherine Harris (kaharri.com) and I led an open Birds of a Feather discussion around ethical concerns and questions about how VR technology would impact our society from a moral standpoint. As it turns out, many of the participants in the session (we had over 200 attendees!) had a lot to say on the topic – ranging in concerns from ethical pain through hapics, psychological impact of trauma, hacking augmented reality, and how to use VR as a tool for therapy in exercising treatment of violent or inappropriate sexual behaviors.  Slides // More Information

I also had the opportunity to give out some unofficial GearVR demos after my talks, showing the Jurassic Park app to the delight of about 35 VR first-timers. As always, seeing people’s faces light up with their first VR experience was incredibly motivating, and I loved the number of people asking me about how to get started in the industry themselves.

Are you attending Grace Hopper and interested in talking VR? Message me on Twitter @misslivirose and let’s meet up!