This week, I’ve been struggling with an irritating “bug” in KittenVR as I worked towards getting a version of it built for the Windows 10 Universal application platform. I finally got it “fixed” and a good laugh out of it, so I figured I’d share just in case other new game developers run into the same thing I did.

My casual reminder of the day:

There’s always going to be something you don’t know.

I’ve been working in Unity for desktop 3D application building for a while, and although I’ve done some mobile development in the past, I never built games for mobile. I’ve always built either for OS X or the Windows x86/x64 architectures, and I expected it to be fairly straightforward to swap over KittenVR to the new UWP (universal Windows platform). I’m not using any weird or complex APIs, so I swapped over build targets and kicked off a Windows 10 build.

And none of the input worked. The builds didn’t work, the game view didn’t play – I couldn’t get the mouse looking in any direction, I couldn’t move with the keyboard or the Xbox input that I had set up – nothing at all would indicate that I had any possible way of using a character prefab with Windows 10.

I struggled for days trying to fix this. I begged for help on Twitter (@Unity3D, you all are amazingly helpful, thank you!) and asked my coworkers to take a look. I built new sample projects, meticulously reorganized scripts, ran through debuggers, poked at my screen – nothing.

I have to pause and say a huge thank you to my coworker Adam (@adamtuliper) who finally realized through my descriptions that I was making a silly mistake – and told me to check ‘Disable’ on the Mobile Input menu at the top of the Unity screen. 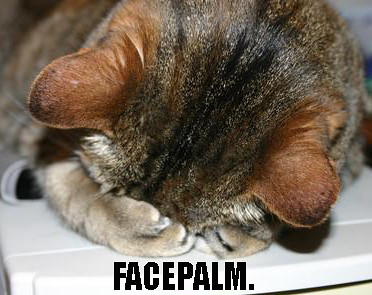 I said earlier that I was poking at my screen – this isn’t a debug strategy, per se – I had some idea I think in the back of my head that it was expecting touch – but I hadn’t set up the input to respond to touching regardless, so that was all on me. Disabling the mobile input fixed it all though, and I was able to kick off builds and play on the Universal platform without a problem. So – still a win here. 🙂

This was a ridiculously simple mistake for me to make, but it was also humbling and reminded me of just how much I still need to keep that beginner mindset, even after getting familiar with the tools and process. Hopefully, this blog post saves someone the trouble that I had – I’ll fess up to making the newbie fail here.